A spokesperson for the Tracy Police Department has confirmed that officers have raided three Marijuana grow houses.  Three people were arrested and additional three suspects remain at large.

Officers said more than 1,300 plants were seized at the time of the raids. 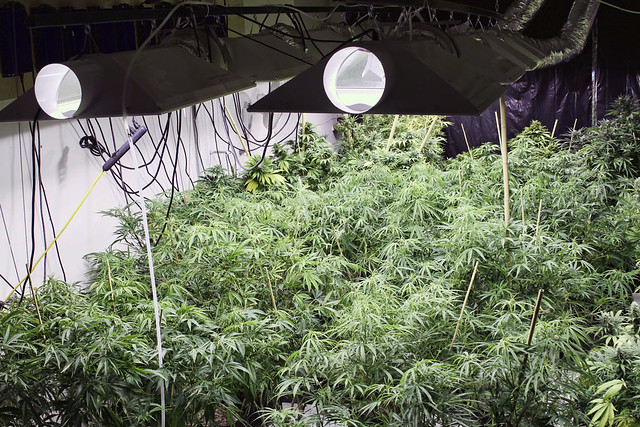 The first raid is said to have taken place last Tuesday.  It was at that time that a search warrant was executed at a 4,000+ square foot home on Kagehiro Drive.

Tracy Police Department officers said they began monitoring the residence after receiving an an anonymous tip.  The investigation reportedly lasted a few weeks.   Detectives said the house had been gutted all the way through in order to make room for large-scale growing operation.

Lighting and ventilation systems has been installed in the ceiling.   The home contained more than 10 dedicated growing areas.  A total of 475 mature plants were seized during the operation.   The marijuana is believed to have a street value of nearly a quarter million dollars.  No arrests were made and the suspects remain at large.

Tracy Police Department officers said they stumbled upon a second grow house later in the week.  Officers said they came across the property while responding to a burglary call.    Three men in their early 20s were arrested at the scene.

Officers said those men were found to be in possession of more than 800 mature plants and two pounds of ready-to-sell marijuana.  The street value of the unharvested pot is believed to be in excess of $400,000.

The defendants were transported to the San Joaquin County Jail in order to be booked into the system. County records indicate the men are no longer in custody. It is suspected they may have each hired an expert local bondsman as a means of securing their release.

Lastly, the department's Special Investigations Unit also uncovered a grow house.  About 85 plants were found at this location. Police believe the renters intended to modify the home in order to turn the residence into a full-blown marijuana operation.  Two suspects have been named.  They remain at large.

Anyone who has information relating to any of these operations are asked to call the Tracy Police Department and place an anonymous tip.