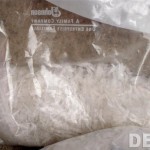 Members of the Stockton Police Department have confirmed that federal agents recently infiltrated local crime circles in order to crack down on the city's illegal drug trade.  During the operation they are said to have discovered an enormous underground availability of methamphetamine.  Large quantities of the drug, as many as five pounds, can be obtained within a 24-hour period.

Earlier last week the Stockton Police Department, Bureau of Alcohol Tobacco and Firearms and other local law enforcement agencies participated in something called Operation Gideon IV.  The operation was a joint effort in which more than 20 raids and 200 law enforcement actions were taken.  A total of 84 firearms, including machine guns and short barrel rifles were seized.  More than 50 people were arrested.  Approximately 21 pounds of marijuana, 100 grams of heroin, 36 pounds of methamphetamine and 55 grams of crack were also seized.

Authorities have said that drug trafficking is a leading cause of violent crime throughout California.  In 2011, close to 60 homicides took place within Stockton city limits.  That number reportedly jumped to more than 70 just a year later.    The chief of police said he is pleased with how the operation turned out.  He believes that taking such a large quantity of drugs off the street and the arrest of those selling and making them will help reduce local crime.

San Joaquin County Jail officials say 44 of those taken into custody will face federal charges.  The others will be charged by the state.  Bail information for the defendants was not immediately available.  They are expected to be arraigned later this week.