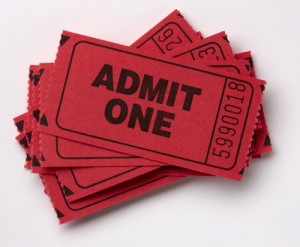 Members of the San Joaquin Sheriff's Department and Tracy Police Department were honored this weekend as part of the American Legion's annual Officers and Firefighters of the Year ceremony.  The ceremony is held at the beginning of each year as a way to recognize key individuals who have dedicated their careers to keeping people safe. Tickets to the event were $10 in advance or at the door.

Law and Order night began at 6 p.m. on Saturday night and concluded several hours later.  The dinner and awards portion of the evening kicked off at 7 p.m.   Post commander John Treantos reportedly served as the 2013 master of ceremonies.

The first honoree was Tracy Police Department detective Ricardo Hernandez.  Hernandez is a retired marine who has been with the force since 2003.  Since he came on board he has worked as a defensive-tactics instructor, SWAT team leader, as a gang investigator and also currently assists with the department's honor guard.

The second honoree of the evening was SJSD deputy Steven Buettner.  Buettner has been with the SJSD for nearly 28 years and has had key involvement with many major investigations.

The third honoree was selected from the San Joaquin Police Department.  Lt. Alfonso Martes is a leader for the Sea Cadets and most recently, was credited with arresting a suspected marijuana farmer.

At the end of the night one of the law enforcement honorees was selected to represent the city of Tracy in a statewide competition.   That name has not yet been released.