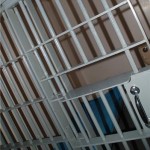 The county board of supervisors said that while they are still considering a measure which would allow for expansion of the San Joaquin County Jail a final decision has not yet been made.  The vote, they said, is expected to come in about two weeks.   The county was awarded $80 million in jail construction funds in 2008.   The plans to expand the jail, however, were on the table long before those monies were available.

The biggest concern is not construction costs, but the annual expense of running a larger facility.  It is estimated that operations costs could top $70 million.  At the current time, the San Joaquin County Jail is like many other facilities throughout the state.  All of these jails are dealing with overcrowded conditions brought on by the state's inmate realignment program.  San Joaquin routinely lets lower level inmates out before their sentences are up.  This is done in order to make room for longer-term offenders.

The board has not given an indication as to which way they are leaning.  They have also not indicated how much the state is providing them on a per-year basis in order to help offset costs brought on by the realignment.  Other counties, such as Monterey, have been given an annual allocation of about $12 million.  That is a far cry from the anticipated operating expense of a new San Joaquin County Jail.

A final vote will reportedly take place on June 4.