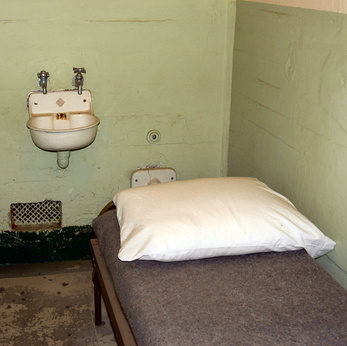 A spokesperson for the San Joaquin County Jail has confirmed that a Grand Jury has issued a report which says the county should add bed space to the county's detention center.  They have also suggested a beefing up of law enforcement services and justice staffing.   The report was released approximately one week ago.

It was found that the county is doing what they can in order to protect the public, but additional steps need to be taken.  They have acknowledged that budget cuts and lack of funding has been a key issue.  The report was not meant to criticize, they said, but is to be used as a guideline for how to make improvements.   San Joaquin County Jail officials have said they are looking into increasing probation department staff.   They are also trying to figure out a way to add bed space.

Several local police departments have begun considering programs that would be aimed at retaining officers.  Crime levels have been on the rise, they said, and the best way to address that issue is to hold onto officers that are familiar with the needs of the community.   Patrols have been reduced and need to be stepped back up, they said.  This will also be an important factor in reducing criminal activity.

San Joaquin County Jail representatives said that overcrowded conditions caused them to release 2,000 inmates early.  Talks of constructing a new jail are ongoing.  The goal has been set but a clear path to reach it has not yet bee outlined.  Opponents of that plan say it will cost an additional $70 million each year to operate a larger facility.  They are concerned that important county departments would need to be eliminated in order to fund that budget.

Sheriff Steve Moore is said to agree with the recommendations.  He said the jail has long needed additional bed space.  Other alternatives, including a community corrections center and pretrial services programs are also being considered.