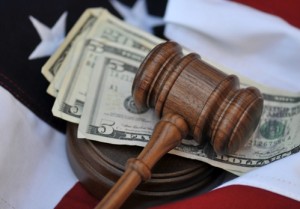 Two men have been booked into the San Joaquin County Jail on charges that have landed them multi million dollar bail amounts.

Defendant Samuel Inguanzo's bail has been set at $2.9 million whereas defendant Manuel Pelayo's bail has been set at $4 million.  The defendants are accused of murdering a Tracey resident earlier this year.   Pelayo faces a number of charges including premeditated murder, use of a firearm in a felony, street terrorism, carrying a loaded firearm, carrying a concealed firearm and others.  He is 20 years old.    Defendant Inguanzo faces charges of premediated murder, carrying a loaded firearm, street terrorism, being an accessory after the fact, discharging a firearm in the commission of a felony.  He is 20 years old and is said to have prior felony convictions.

Victim Anthony Sosa Jr. was found shot dead on the corner of 11th and Walnut streets in the early morning hours of February 4.  He sustained multiple gunshot wounds and was pronounced dead at the scene.  An officer who was in the area at the time of the shooting saw a car speeding away from the crime scene.   The men in that car were held for questioning.  They were later arrested, charged and booked into the San Joaquin County Jail.  They are reportedly due to start their respective trials later this fall.

If a friend or family member is interested in helping the defendants arrange million dollar bail bond their cost would be 10%.  The cost to purchase Inguanzo's bond would be $290,000 and the cost to arrange Pelayo's bond would be $600,000.  In addition, the person who cosigns the bail bonds contract would need to post collateral in the form of real property.  That collateral would be held by the bondsman until the cases are over.  As long as the defendants attend all of their court hearings it would be returned to whomever posted it.   The matter is ongoing.