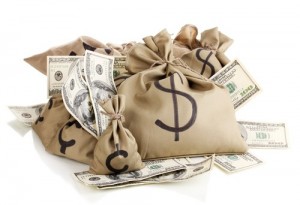 Officials at the San Joaquin County Jail have confirmed that medical costs at county detention centers have gone up markedly due to the state's inmate realignment program.  Many doctors and nurses say they are seeing many more patients now than in years past.  Some of the inmates are chronically ill.  All of these changes have led to an increase in the county's out of pocket expenses when it comes to providing medical care.

Jail staff have pointed out that county facilities were initially designed to detain inmates for up to a year.  Under the state's prisoner realignment program, under which certain inmates have been transferred from state prisons to county jails to serve out their sentences, this has changed.  Many of these chronically-ill detainees need ongoing and long-term care.   Jail officials have said that while they can handle the influx of new inmates, that county jails were not designed to hold people for extended periods of time.

In addition to housing additional inmates, the San Joaquin County Jail is also housing state parollees who have been found to be in violation of the terms and conditions of their release.

Medical staff has said that realigned inmates account for a 21% spike in new patients.  Although they expected to receive an influx of persons who had chronic illnesses, they were not prepared for the costs associated with long term care.   One inmate, they said, reportedly racked up $18,000 in expenses within a 30 day period.

County officials say they will continue to monitor the situation and will work diligently to fix problems before or as they arrive.