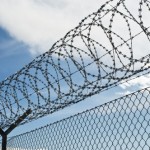 A former San Joaquin County Jail inmate has said he is thankful for the state's prisoner realignment program.  The man in question, Dustin Cahoon said he feels blessed to have the tools to allow him to be on the straight and narrow.

The realignment was implemented in late 2011.  It required certain populations of inmates be transferred from state prisons to county jails to serve out their sentences.  Local detention centers soon began bursting at the seams.  This has led many facilities throughout the state, including the San Joaquin County Jail to begin releasing local inmates early.  Although some of those men and women have continued a life of crime, others have taken advantage of newly created programs that are geared toward rehabilitating low level felons.  Many of these county programs have been made possible through additional state funding.

Cahoon said he is happy to have access to classes on how to cope with addiction.  He said he is pleased with the way his recovery is going and looks forward to completing trucking school later this year.  San Joaquin County Jail officials say their funds are still limited and there is much more they would like to do.  At the same time, they feel a good foundation has been laid out.   If the criminal cycle can be broken this will reportedly help keep former felons from committing new crimes.  It will also help keep them out of jail.

In previous years the focus was on punishment, said a San Joaquin County Jail spokesperson.  Now the focus is on rehabilitation.   The new system allows the most serious offenders to go to prison and helps others get the help, tools and training that will allow them to reenter society.