The San Joaquin County Jail has turned down more than $80 million in state funding that would have enabled it to add more bed space.

A spokesperson for the detention facility said this decision is a complete reversal from a previous push to expand. Back then, it was believed that having the ability to house more criminals would help reduce instances of crime within the county. 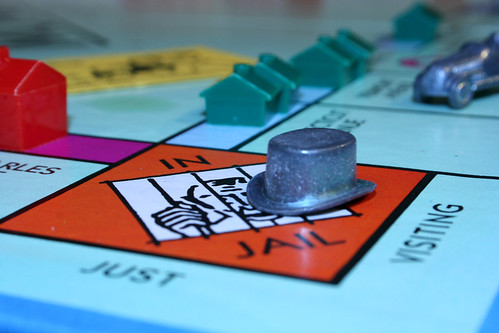 The County Board of Supervisors has pointed out that adding the planned 1,280 beds would increase the jail's operating costs by more than $70 million each year.

The supervisors feel that money can be better spent. A spokesperson close to the project said the San Joaquin County Jail is now looking to better screen pretrial detainees.  Dangerous offenders will be kept behind bars. Those who are not deemed to be a threat to society will be released through alternate means.

It is importat to fund the criminal justice system as a whole, they said.  This reportedly includes increasing monies for programs aimed toward treating unemployment, underemployment, substance abuse and mental health problems.

Detainees who are facing one or more of these challenges are more likely to engage in future criminal acts. Holding people beind bars without treating the underlying problems will not be effective in reducing recidivism rates.

Those against the plan say that some victims are being hit by the same thieves on multiple occasions.   They have suggested that increasing sales tax would be the best solution. This would help provide the extra monies needed to run a larger jail.

Others feel that more practical solutions need to be evaluated.

The supervisors said they also considered scrapping the current jail and constructing a new facility altogether.  It was unclear whether state officials would still allocate the agreed $80 million toward that project.  This is not to say the idea has been put on the backburner.  It is still being considered.

Some have suggested using those funds to construct a facility that would hold offenders who are not considered to be dangerous.  Opponents of that plan say that other alternatives, such as GPS monitoring devices, would be a more cost effective solution.

County police chiefs have said they will continue to push for expanding the San Joaquin County Jail.

Those against that plan say that desiging a larger container does nothing in terms of addressing the underlying pronblems.  The greater focus, they said should be on rehabilitating offenders and working toward keeping those people on the straight and narrow.

This debate is not unique to this county.  It continues to go on throughout the state.  Riverside County officials have long said they need additional bed space, especially in light of the California prisoner realignment program.  Others say the county needs to invest more funds in programs that will help keep people out of jail.   GPS monitoring, they say, is a better way to keep track of pretrial detainees.

Not everyone agrees.  Recent news reports have shown that there have been instances in which GPS tracking has gone very wrong.  Some of those being tracked have committed serious crimes despite their bracelet.

One thing, though, is certain.  The debate is likely to continue for the months and years to come.