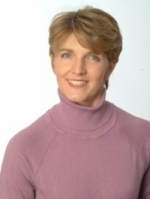 Most people are surprised to learn that over half of the bail bond agents in California are women.  Even though it's not unusual to find women in non-traditional jobs like police and fire protection, law, and politics, a woman bail agent still seems exotic to many people.

Tonya Rynerson recently gave an interview where she discussed her job and answered some of the most common questions people ask when they find out she's a female bail bond agent.

Just working in the family business. Working with my husband really works for us. Rynerson Bail Bonds has provided bail bond services to Los Angeles and Southern California jails since 1971.  To us, a trip to the jail (or several trips) is just another day at the office.

Of course, to our friends and acquaintances, our business seems exotic and dangerous. They ask questions.  At parties, weddings, the grocery store, you name it. I don't mind it though.  People are curious because most of them have no idea what a bail bondsman does or how the bail process works.

How do your customers react when they find out their bail agent is a woman?

Our clients are regular people caught in a very scary and stressful situation. Many feel more comfortable dealing with a woman because it so opposite any negative stereotype they may have about the bail bond industry. They just want to work with someone who treats them kindly and helps them get their loved one out of jail as quickly as possible.

I’m happy to say that our lives and our company are not nearly as colorful.  Our main objective is to bail out people who will appear in court, as they're required to do. When someone doesn’t show up for court and needs to be located and returned, it causes a lot of problems for our bail company and for the family that bailed out the individual.

Do you go after people who skip bail? Do you run down the bad guys?

When someone doesn’t show up for a court appearance, we have six months to get them back into the legal system. The vast majority of these instances work themselves out. Generally, the person had car trouble, illness, or some other legitimate reason for not showing up. The defendant or the defendant’s attorney contacts the court to get back on track.

When someone hasn't shown up and has “skipped bail” or simply becomes a flight risk (meaning we or someone close to the defendant feels that they are planning on jumping bail), we contract with a bail recovery agent to bring the individual into custody. This can cost our bail company a lot of money – generally more than the bail fee received for the bail bond. Amongst other requirements in California, bail recovery agents are required to complete state approved training. We prefer to outsource this segment of the business because it is a small part of what we do as bail bondsmen and because it is specialized.

Do you carry a gun because the work is dangerous?

Certainly not! The work we do as bail agents generally is not dangerous.  We help people who are in trouble – most of whom never thought they'd need a bail bondsman.

It’s a funny thing about being a bail bond agent though.  A lot of people think we deal with “criminals” and “bad” people all the time. Generally, a person who needs to be bailed out is somebody’s sister, father or close friend.  We deal with regular people – like you and me – who have made mistakes and/or find themselves in a regrettable or dangerous situation.

You must meet some really interesting people, right?

Do we meet interesting people during the bail bond process? Absolutely!  We could tell you stories….. except that we can't because we respect the confidentiality of our clients.

I can say that yes, we have bailed out people that you've probably read about in the tabloids and press. But mostly we meet people like those who sit next to you in temple or church. At times we’ve met the people who lead those services. Our bail clients are people like your parents, your kids, and your grandparents. Our comment to each other at the end of many days is, “that was the nicest family.”

Do you bail out everyone who calls you?

No. We definitely do not bail out everyone who calls us.

When we get a call, we ask questions about the person needing a bail bond.  We need basic facts about the person: length of residency, employment information, arrest history, and information like that. It helps us decide if the person is a good risk. We're basically interviewing the caller in the same way a loan officer would take an application for a loan.

Both loans and bail bonds are about risk analysis. Because our business is a family business, our “risk tolerance” is significantly lower than a big bank that plans losses into their cost of doing business. We are looking to bail out people who will return to court and take care of the matter at hand. Other large corporate bail companies may have a higher risk tolerance.

How do you make money?

It usually takes people a while to ask this question because they feel funny asking about money.  But we never mind explaining how the bail bond process works or how much a bail bond costs.

As a licensed Southern California bail bond company, we're regulated by the State Department of Insurance. They mandate that we charge a fee of 10% of the total bail amount. If the bail is $25,000 (the average bail in Southern California), the cost is $2500 - no more, no less. Often people ask how and when that fee is refundable.

Simply, it’s not a deposit or good faith money; it’s a fee for a bondsman undertaking the risk of the bail bond. It’s called the bail premium. Once the defendant has been released, the fee is fully earned, even if the defendant is not guilty or the charges are dropped. Again, this is mandated by the State of California.

In most cases, they call a bail bond agent because very few people are able to post the full amount of a bail bond in cash.  The bail bondsman requires a signed contract and payment of 10% of the bail bond as a fee.  Some California bail agencies require people to put up some sort of collateral like real estate, jewelry, or other types of personal property.

In our bail company, we don’t require collateral on most of our bail bonds. Generally, we expect that both the defendant and the indemnitor (the person bailing someone out of jail and guaranteeing their appearance in court) will be stable members of the community with homes, jobs, and families. That lowers the risk of the bond because it's more likely the defendant will show up in court. When we determine the risk is minimal and the bail is relatively low, no collateral is needed for the bail bond.

Do you keep the collateral if someone doesn’t show up for court?

When we do require collateral (usually for higher bail amounts), it is generally in the form of California real estate. The collateral helps to guarantee the bond. A defendant with a parent or grandparent’s home on the line has significant incentive to take care of their case. If the defendant were to skip town and couldn't be brought back, the indemnitor would pay the full amount of the bail and we would release the collateral lien. If the indemnitor can't pay, we maintain the lien until the bond is paid.

While legally we could foreclose on a property, we're happy that we've never had to take that step.

Short answer: no we don’t keep the collateral. If a bail bond needed to be paid-off, the collateral would be sold and the owner would be entitled to excess proceeds.

Is it easy to make money as a bail bondsman?

People often say: “Hey, that’s a great living. You just sit back and collect your fees." We agree that it is a good way to make a living, because we like helping people.  But it's not easy money at all.

Keep in mind we pay an insurance company a percentage to insure the court system against loss.  We're required to put a portion of every bond fee into a reserve account in the event of a forfeiture (a time when we need to pay the full amount of the bail bond to the court).  Additionally, we have staffing, office expenses, advertising, and all the other expenses of a regular business.

And remember, our bail bond company is open 24 hours a day, every day of the year. We answer the phone no matter what else is going on.

Do you work all day and all night, everyday, even holidays and weekends?

Our bail company is always open.  We help people 24 hours a day, 365 days a year.  Even if you get arrested on Christmas Day, there will be someone in our office to take your call!

Do we work all the time? Well, all the time that the phone rings. We do have bail agents that work for us, but at Rynerson Bail Bonds we’re a family operation. When someone calls, there is an excellent chance they will speak directly with an owner.

Yes, very much.  We provide an important service and help people during a very stressful and difficult time.

I know that most people hope they never need the services of a bail bond company, but for those who do, we're standing by to answer questions about how the bail bond process works, explain bail payment plans, and help get loved ones out of jail and back home as quickly as possible.

By Bail Expert|June 19th, 2007|Bail Industry Features|Comments Off on What’s a Nice Girl Like You Doing in a Job Like This?